Previous Next
Our Land

Sitia is a coastal town of eastern Crete in the prefecture of Lasithi. 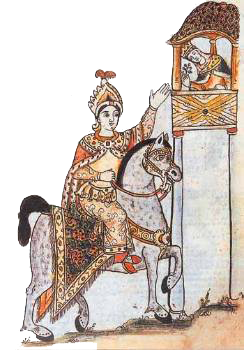 It is the homeland of "Erotokritos" poet Vicentius Kornaros.
According to Greek mythology, Heracles gathered from this city the warriors against the Laestrogenians and, defeating them in central Italy, founded the new Sitia, just outside Rome.
The city was destroyed by the earthquake in 1508 and by a pirate raid in 1538. In 1651 the Venetians destroyed the city in order not to hand it over to the Ottomans. Sitia was rebuilt in 1870, with the name Abner, but it does not prevail.
In Sitia there is Ancient Museum, Folklore Museum, Museum - Fragment Exhibition and the Fortress of the Castle, or Kazarma.

The archaeological site of Palekastro is located 2 km from Palekastro, on the beach of Hionas. Systematic excavations in the area were made by the English archaeologists Bosanquet and Dawkins at the beginning of the century and brought to light an important Minoan settlement that flourished in the Late Minoan period. There were also tombs of the Early Minoan and Middle Minoan period with a large number of bones that were kept in excellent condition.

A main road crosses the settlement and divides it into 9 districts. The houses facing the street have imposing facades and there is an excellent sewer system.

Life here seems to have ceased in the 15th century. B.C. Due to the eruption of the Santorini volcano.

The most important discovery in the area was the sanctuary of Diktai Zeus, one of the most famous sanctuaries in Eastern Crete.

On the ruins of the temple was an inscription of gray limestone that included the hymn to the Dikteon Zeus. The anthem was singing naked young men who imitated the Kourites, who, according to legend, attended the birth of Zeus in Dikteon Andros. The hymn is a recipe for the Dictation of Jupiter, its goods and omnipotence are glorified, and they call upon it to bring happiness to the people, to the land of the fruit, etc.

The cult in the sanctuary was probably mysterious in character and was continuous from Geometric to Roman conquest.

At the northernmost end of the eastern coast of Crete, near Palekastro, there is a Minoan settlement, which flourished during the Late Minoan period (1550-1220 BC), but remains of the Early Minoan and Middle Minoan period (3000-1550 BC) Ch.), Mainly cemeteries, including well-structured "ossuaries" and ruins of quite large residences. The settlement was stopped at the same time that Zakros was deserted (1450 BC).

A recapture occurred during the Late Minoan III period (1300-1200 BC). The city occupied an area of ​​more than 50,000 square meters, it was still and densely populated.

In the NEs of one of the districts was found the sanctuary of the Dikteon Zeus, which belonged administratively to the city of Ithano. The worship in this was continuous from the Geometric (8th century BC) to the Roman conquest. It appears that the sanctuary was plundered and destroyed by fanatical Christians at the end of the 4th century AD. century.

In Rousolakkos, where the Minoan city, systematic excavations were carried out by the English archaeologist R. C. Bosanquet and continued in 1906 by R.M. Dawkins, both members of the English School of Archeology. During World War II some of the quarters that were excavated were destroyed, and many disasters caused a mechanical excavator later. In the period 1965-66 an excavation study was carried out in a neighborhood of the city and on the nearby Kastri hill. In 1986, excavations from the English School of Archaeology began in the field of old excavations and continue to this day.

The structure of the Minoan city is as follows: The settlement crosses a main road, while larger and smaller paved and often stepped streets divide the city into nine districts. The excellent sewer system is branched out to all districts. Those of the houses located along the main street have imposing facades.

District B: It comprises five houses with large-scale outer walls, while the interior was built with bricks. The thresholds, pavements and column bases were made of special limestone, carried by Cava Iron. The most important of these houses (room 1-22) had entrance from the main street, while from the same space a stairway leading to the second floor began. Behind this area was an open-air courtyard with wooden columns, of which the stone bases are preserved.

The columns alternate with square pilasters. Antechambers lead to the "mansion", the main room of the house, in the center of which there was a square space that in each corner is preserved the pillar base. It is a light source. There are also galleys, a purification tank, a well, a sanctuary, an oil store, a bath and a reception area that was later split and turned into warehouses. Interesting in the same district is an oil mill, as shown by an oil separator and pithoi for its storage.

District D: It is the largest (1800 sq.m.) and includes many houses, the most important of which (room 18-40) contains in the "mansion" a lighthouse, similar to that of the house of district B. In a similar construction, In the same quarter, there is also a drain that drains the rainwater from this outdoor courtyard on the street.

District C: The largest house in the district has a luxurious façade with large stone stones, but also a second entrance, a mansion with a lighthouse, a bathroom, a workshop. Many of the vases found are decorated with Egyptian influence. The houses in this neighborhood, like others, seem to have been destroyed by fire.

District Q: It consists of at least four residences, some of which were built on older foundations, one of the houses was inhabited during historical times. A grape press was unveiled in the same district. In the NE of the X district and within the foundations of the houses was revealed the sanctuary of the Dikteon Zeus. An inscription cracked in many pieces, with a hymn to Jupiter Diktai, was found in the surrounding area. Few parts of the temple are saved: the enclosure and the altar inside. There was a lion-head head-piece.

The findings from Palekastro are exhibited at the Museum of Sitia.